SCUBA-2 has been back on the sky for the past month producing excellent data, following both planned engineering down time to work on the instrument cryogenics and unplanned – to fix a vacuum leak.

The end of 2016 was a busy time for the EAO ETIS (Engineering, Technical Information Systems) staff. From the middle of the 2016 we were aware of a change in performance of one of the (two) pulse tube coolers (PTC) that cools the SCUBA-2 inner radiation shields and internal mirrors to below 4K. We were able to continue to use SCUBA-2 without any impact on the quality of the data, while we planned the major task of taking the 3 tonne instrument off the antenna and replacing both of the instrument PTC cold heads with new remote motor models.

The dilution fridge mixture was removed and the warm-up started on October 5th. SCUBA-2 was back on the sky with new PTCs and was operational by November 18th, 1 week ahead of schedule. However, during the subsequent cooldown, the cryostat vacuum was found not to be as good as expected.

Later in December, when we temporarily warmed-up (to 4K) to replace a small pump in the dilution refrigerator (DR) gas handling system – a regular procedure, the poor vacuum became a serious issue. Additional problems with pumps in the GHS and too high a pressure in the DR still prevented cooling below 1K. This is well above the operating temperature of the TES detectors.

The only course was to warm the instrument to ambient temperature and to then carry out extensive leak checking of the cryostat. A leak was found that we could fix. However, on detailed inspection, we discovered that the O-ring between the feedthrough and the top plate of the DR insert was cracked and would fail soon if we did not replace it.

Two weeks of skill and persistence was required to replace this O-ring to enable SCUBA-2 to be yet-again pumped, leak checked and cooled prior to the end of January. With the vacuum leak fixed, the cause of the second issue with the GHS that prevented cooling below 1K became apparent. This issue was caused by a particle filter on the input of the pump. After removing the offending filter SCUBA-2 was operational by February 5th.

The loss of an additional 6 weeks of observing with SCUBA-2 impacted our users. However, by catching the failing O-ring before a total loss of vacuum, we avoided the potential for more serious consequences to the instrument and a bigger disruption of the observing schedule. An extended period of good stable weather in recent weeks has allowed some of the affected programs to makeup for the missed nights.

In addition to the cryogenic work, new improved thermal blocking filters have been installed between the instrument window and the band defining filters for the detector arrays. We are now investigating the change in optical power on the detector arrays, to see if this has modified the stray light environment within the 4K box and improved SCUBA-2’s performance. 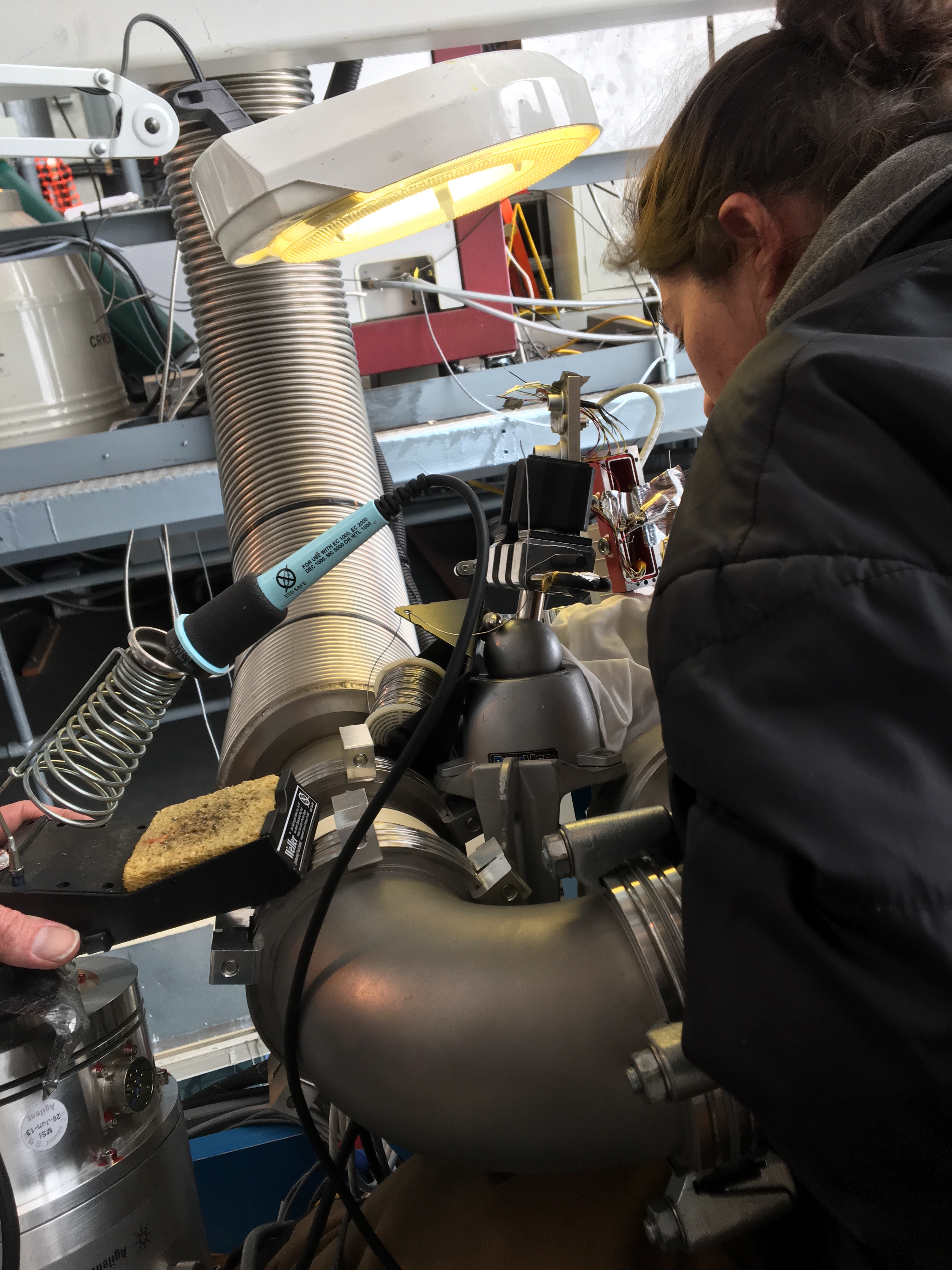 Jamie Cookson works on the repair of SCUBA-2.