In order to maximise productivity, JCMT operations has adopted the concept of flexible scheduling whereby the choice of project observed is determined primarily by:

To facilitate this we have assigned weather bands to specific ranges of submillimetre opacity (‘tau’):

Seeing constraints: Observations at 450μm need seeing less than 1 arcsecond; 850μm less than 2arcseconds (Seeing can be checked at SMA –  – – although which value published after “Phase Monitor” is most useful is (20160307) under debate). The following guidelines assume a single queue for all except U.Hawaii projects:

Observers are invited based on the demands of their programs, and because of the program rank as assigned by the TAC.  If the weather is suitable, and (new, 20160120) if the scheduled observers are present at the telescope or at JROC (the JCMT Remote Operations Center) in Hilo, or at the remote observing station at HP (‘HROC’), then they may observe targets from their own projects. If the scheduled observers are not present or if it is not possible to carry out this ‘scheduled‘ program for some reason (e.g. weather constraints, program completion, target availability), then alternative targets/projects should be sought, as follows: 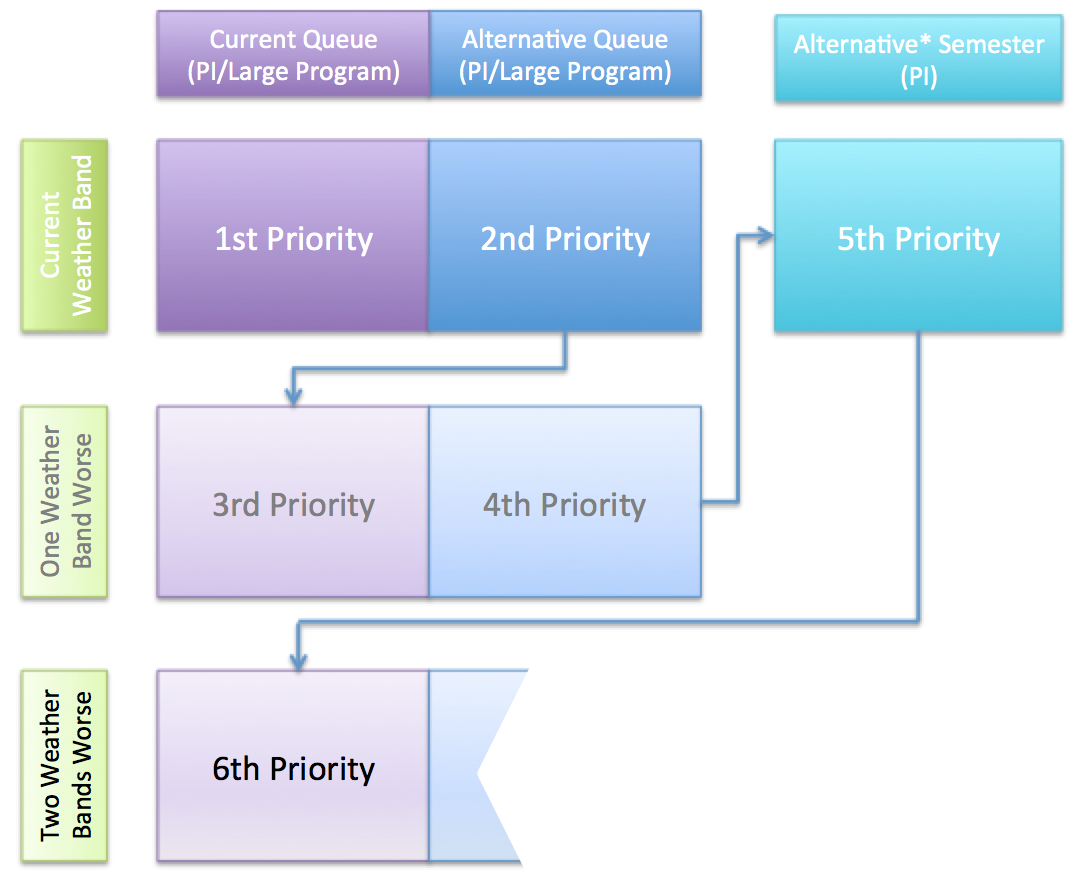 Ever so often a Target of Opportunity (ToO) project may be approved, and await triggering.