We are using POL-2 to map the polarization in the densest parts of all of the Gould Belt star-forming regions that we have previously mapped with SCUBA-2 and HARP-B, in order to trace (via the Chandrasekhar-Fermi method) the magnetic field direction and  strength in the centers of all of these regions. We aim to answer currently open questions in star formation, such as the relative importance of magnetic fields and turbulence to star formation. This will also allow us to test current models of star formation, such as the Herschel model of magnetic funneling onto filaments.

POL-2 with SCUBA-2 on JCMT is a unique facility, as it is the only facility world-wide that can map the magnetic field within cold dense cores and filaments on scales of ~1000 AU in nearby star-forming regions, such as Taurus and Ophiuchus. This size scale is crucial for testing models such as the filamentary star formation model, because we know from other studies that the large-scale fields lie roughly perpendicular to the overall typical filament directions, but we do not know what happens to the fields within the dense gas of the filaments themselves, nor what happens within the cores that form in the filaments. This is crucial to understanding the physical processes taking place, and to discriminating between the models of the star formation process that properly incorporate magnetic fields. The current hypotheses are either that the field may wrap around the filament in a helical manner, or else turn to run parallel to the filament in the densest gas. We will be able to distinguish between these two scenarios.

There is debate about the role that the B-field plays in shaping proto-stellar evolution once proto-stars have formed and its effect on bipolar outflows. For example, recent studies find no correlation between outflow and magnetic field directions on scales less than 1000 AU, while there is correlation on scales of ~10,000 AU and above. One explanation of this apparent conflict in the field morphology uses detailed modelling of toroidally wrapped B-fields at the centers of clouds. This has been used to explain early disk formation in Class 0 proto-stars in a recent model in which early disks are hypothesized to be formed preferentially in fields misaligned with the outflow directions.

The legacy value of this large-scale homogeneous data-set will be huge. All future models of the role of magnetic fields in star formation will be forced to explain these observations in all of the nearest star-forming regions. 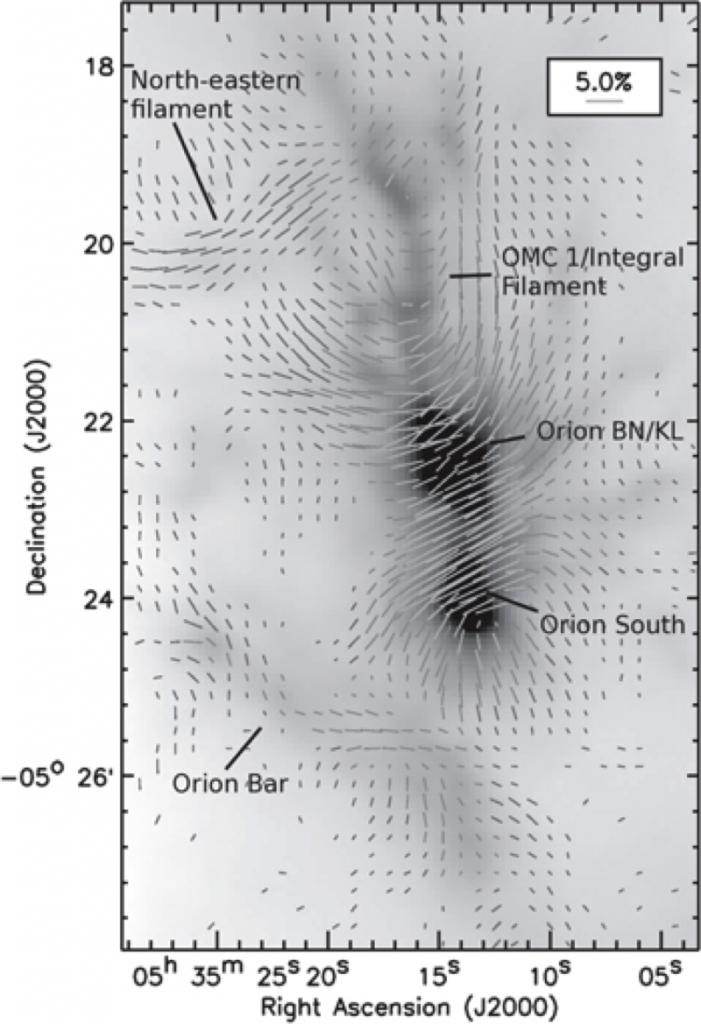 A full list of JCMT BISTRO publications are provided through the following ADS Library.