JINGLE II: the ISM of starbursts and green-valley galaxies

The JCMT Large Project JINGLE is studying the gas and dust content of 200 nearby (z<0.05) galaxies predominantly residing on the main sequence of star-forming galaxies. JINGLE II extends JINGLE to galaxy populations occupying other regions of the SFR-stellar mass plane. JINGLE II will run from Feb. 2020 to January 2023 and has been allocated 381 hours of observing time with Nāmakanui/`Ū`ū for CO(2-1) spectroscopy of starburst and green-valley galaxies (see Fig. 1). A further 64 hours of SCUBA2/850μm time were allocated to measure dust-continuum fluxes for the starbursts. 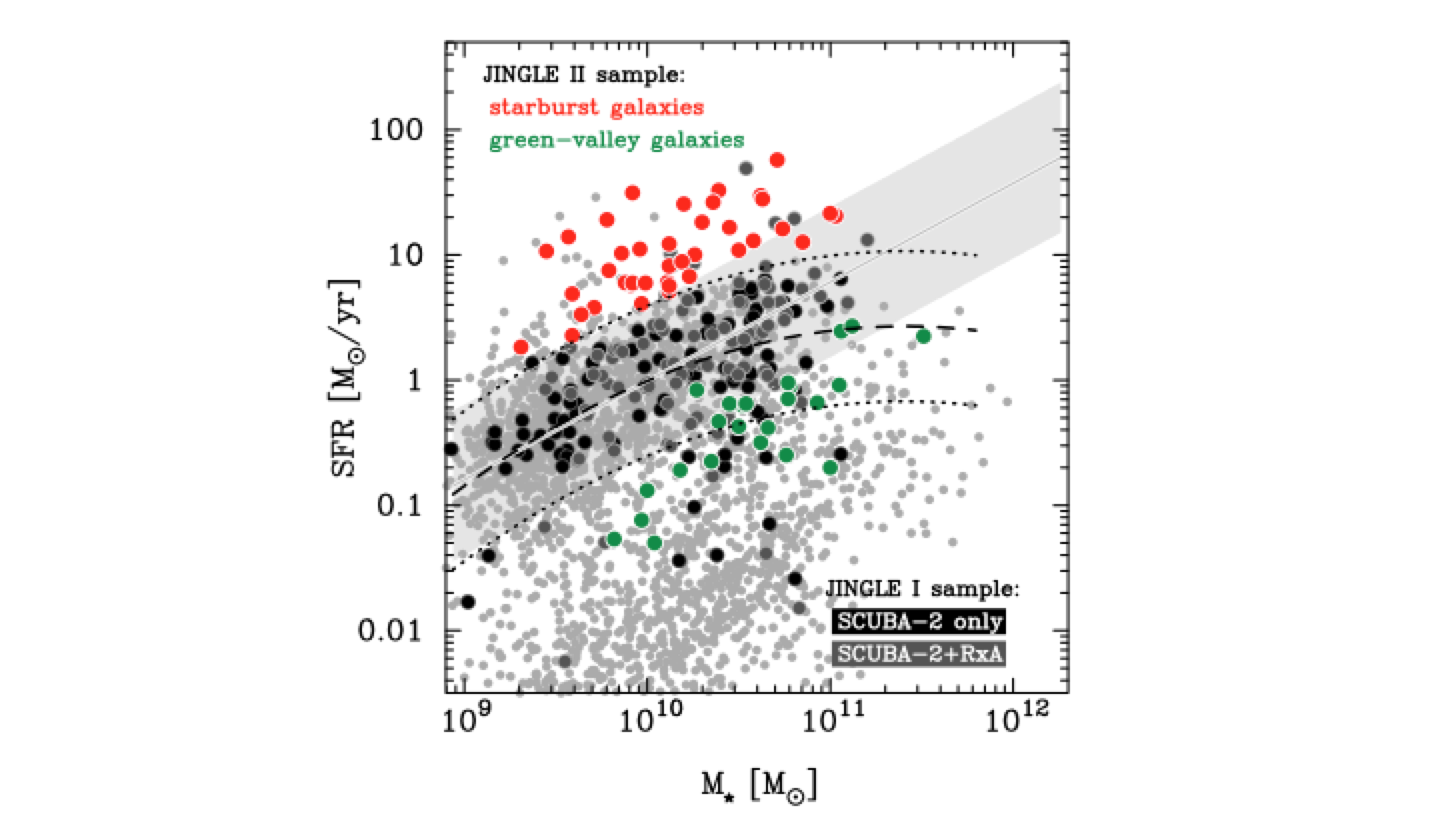 Distribution of the JINGLE I & II targets and the parent galaxy sample (light grey dots) in the SFR-stellar mass (M★) plane. Galaxies targeted by the current JINGLE Large Program (JINGLE I) generally lie on the galaxy main sequence. Galaxies targeted by JINGLE II lie either above the main sequence in the high-sSFR starburst regime (red dots) or are green valley galaxies (green dots) with generally low SFRs compared to normal star-forming galaxies. For the selection of starbursts two main-sequence shapes discussed in the literature were considered: (1) a single power law SFR ~ M★0.8 and (2) a curved MS with flattening at high masses.

The main science drivers of the JINGLE II project are: 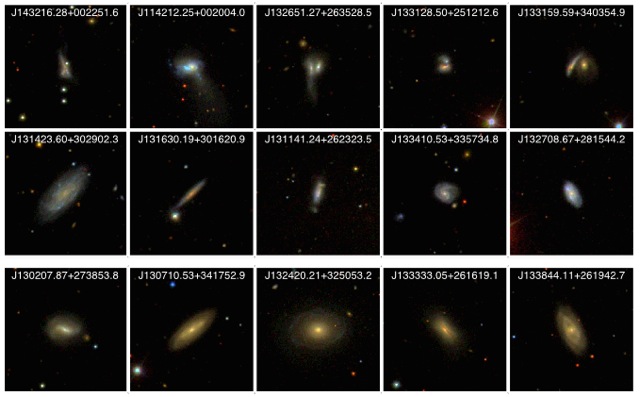 Our JINGLE II targets are selected from fields with MaNGA optical integral-field spectroscopic coverage, have mid- to far-IR photometry from WISE and the Herschel-ATLAS survey and coverage from upcoming, new, blind interferometric HI surveys. We will make extensive use of the JINGLE I data base to compare the interstellar medium properties of the outlier populations, which are the focus of this program – i.e. starbursts and green valley galaxies – with those of ‘normal’ main sequence galaxies.